Our friendly and dedicated team of highly qualified doctors and experts provide patients with the knowledge and understanding to make an informed choice on the treatment they need for hormone imbalance.

Naomi has over 20 years experience as a Consultant Gynaecologist and Obstetrician. Her interest in BHRT started in her antenatal clinic when she noticed several patients being referred with mental health issues including fatigue and a past history of postnatal depression.

Naomi noted that they were very often low in Ferritin (a blood cell protein that contains iron) and vitamin D (responsible for increasing intestinal absorption of calcium, magnesium, and phosphate plus multiple other biological effects). She knew that natural progesterone was a good treatment for postnatal depression but for many patients it was not an option and so they were prescribed antidepressants.  However, very often patients felt their mood and energy levels had improved with the simple measure of receiving natural progesterone.

Well aware of the backlash after the side effects of synthetic HRT – both real and potential – were revealed, Naomi became more and more interested in a holistic approach to such issues, which embodies not only just medication prescribing but also lifestyle issues including nutrition, exercise and de-stressing. 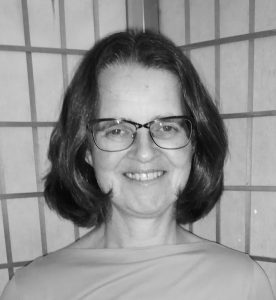 Sarah has over 20 years of working in general practice and women’s health.  While working in a dedicated menopause clinic within the NHS she met many women struggling with the symptoms of the menopause.  It was after returning to university to study sport science that she began to fully appreciate the impact of our modern lifestyles on health. She has developed a deeper knowledge of how diet and activity modification can reverse chronic disease, and slow the effects of ageing.

Sarah still has a passion for improving women’s health, and understands the frustration that many women have with the symptoms of hormone decline.

Prior to joining Equilibrium, Helen ran her own successful business in the Energy sector which she sold in 2017.  You might think a far cry from Healthcare!  However, skills gained in finance, compliance and quality assurance have put her in a great position to support Equilibrium in its ambitious plans for expansion and growth.

Helen is in her mid forties and knows only too well the significant challenge of managing the peri-menopause whilst juggling the pressures of work and family life.  She is passionate about holistic healthcare and offering men and women natural alternatives in  hormone health management.

Helen is a mum of three and enjoys nothing better than a day at the beach with the family, friends and their wire haired dachshund. She also enjoys reading, Pilates and keeping fit. 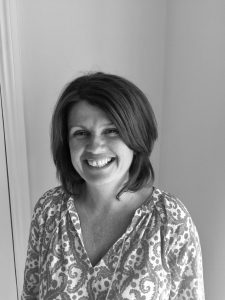 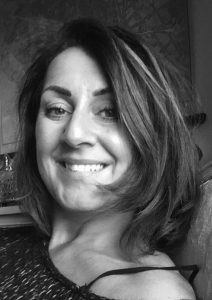 Kerry has worked in the health and beauty industry for over 20 years, imparting her knowledge and supporting and educating others as they progress in their chosen careers.  Kerry has a wealth of experience in customer care and direct experience of the benefits of natural hormone re-balancing (BHRT), delivering talks and seminars across the UK to raise awareness of what is also the most exciting step forward in the art of anti-ageing science… Bio Identical Hormone Replacement.

When Kerry is not on the road delivering talks or in clinic, she enjoys relaxing at home or walking in the countryside with Red Dog, her adopted Wire-Haired Vizsla.

Karen has over 35 year’s experience in customer services which began in the hospitality industry and she has trained others – both here in the UK and overseas – for many years now on building and improving customer relationships.  Karen has experienced the debilitating symptoms of hormone decline, so knows first hand what an impact it can have on home life and work.  Both a graphic designer and self-taught techie, Karen looks after all the clinic’s IT and patient software requirements, ensuring data protection is maintained and everything is secure and encrypted.

Having qualified as a chef as part of her hospitality diploma, much of Karen’s free time is spent in the kitchen plus she loves the outdoors, which she frequently enjoys with her husband and four children.

This site uses cookies on some pages: Find out more.